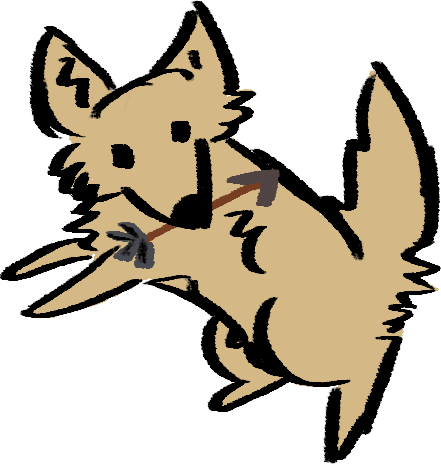 Join Inferni! We'd love to have you!

Inferni accepts only canines at least one-third (~33%) coyote. Canines of less than ~33% coyote are barred from joining except under special circumstances.

Inferni claims parts of Primeval Mountains, the Blacklands, and Concrete Jungle. The territory primarily features recovering, post-fire forests and fields. The borders are the most prominent characteristic: skulls, bones, and other remnants of the dead warn would-be trespassers of their fate.

Inferni's ranks are unique in the Immunes tier. This is the dynamic heart of Inferni's ranks -- coyotes keep their rank and job within the clan as they advance through the hierarchy.

Inferni is one of the longest-running clans of 'Souls. It was formed in October 2002 and was the only group to reform after the 2008 fire. Inferni's history is rich and laden with numerous conflicts, due to their aggressive stance in regards to wolves.

Although Inferni was originally founded as a coyote clan, for several generations now the clan has primarily consisted of hybrids of varying percentages. Inferni has a reputation for protecting its own and welcoming past members without question. Several major families comprise Inferni, though any coyote is welcome to join.